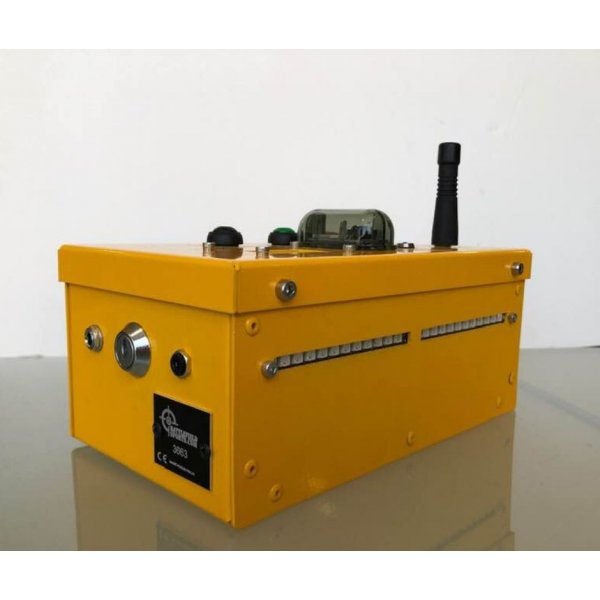 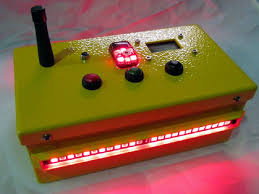 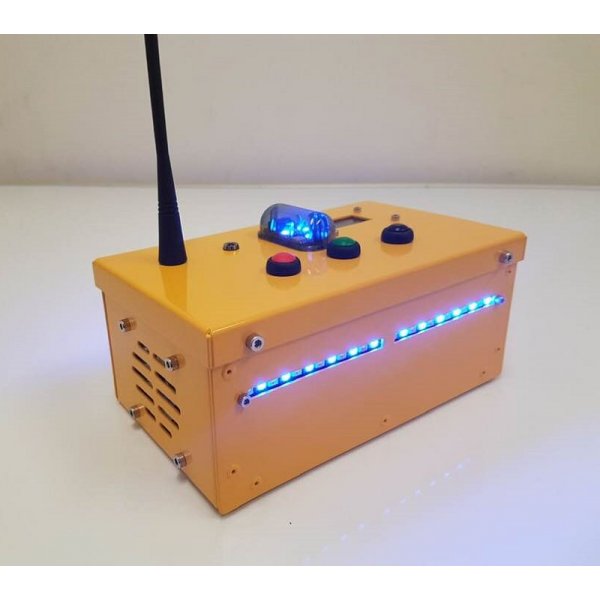 Battle boxes make gaming more fun. A battle box is a field prop the player can interact with, either by pushing a button, shooting it, triggering an action from a gaming gun, or just being in it's vicinity.
​Battle boxes come in 2 different sizes, and may be equipped with a chip antenna for better reception over greater distances. ​

A battle box can be configured for various roles on the playing field:

Low on ammo? Pick up some spare rounds here

A bomb site is an objective for the attacking teams.

As an alternative, consider using the Claymore Mine as a bomb site.

A babtle box can emulate a claymore mine. However, there is also a device with a Claymore form factor which may add more realism to the game.

A single box that combines a medix box and an ammunition box. If you need a spawn point for your players, this is it.

Get your (medieval) cures here!

A remote detonator for a mine. You can also configure you weapon as a detonator in one of the alternate weapon slots.

A dirty mine can also be emulated by a game box, or by a Claymore mine.

Shoot the box and it will display your team's color. But keep the oppostion at bay, or they will take control.

A box needed for capture the flag

Feeling a bit weak and down on your hit points? Make your way to a medic box.

This is not your average bank. Over time, more oney will be available. So do you rob the bank now and take what's there? Or wait just a little longer? Mind the oppostion though...

This box will provide you with additional armor. But there's no way to know what it will be exactly, before receiving it.

This box will give you a new weapon. If you're lucky it will be far better than your current weapon. Then again, you might not get lucky.

A perk box will provide the player with perks, like faster reload times

A game box can be used as a radio repeater to enable all devices to 'talk' to each-other over greater distances. There is, however, also a specific form factor radio repeater.

A rush box is used in the game type 'rush'. It will provide respawns for the defending team until captures by the attacking team.

A simple target counts the number of times it's been hit by each team.

A treasure box is full of goodies players can use in-game. It may be locked (so you will need to find the correct key first) and can be trapped.

The place to be for extra guns 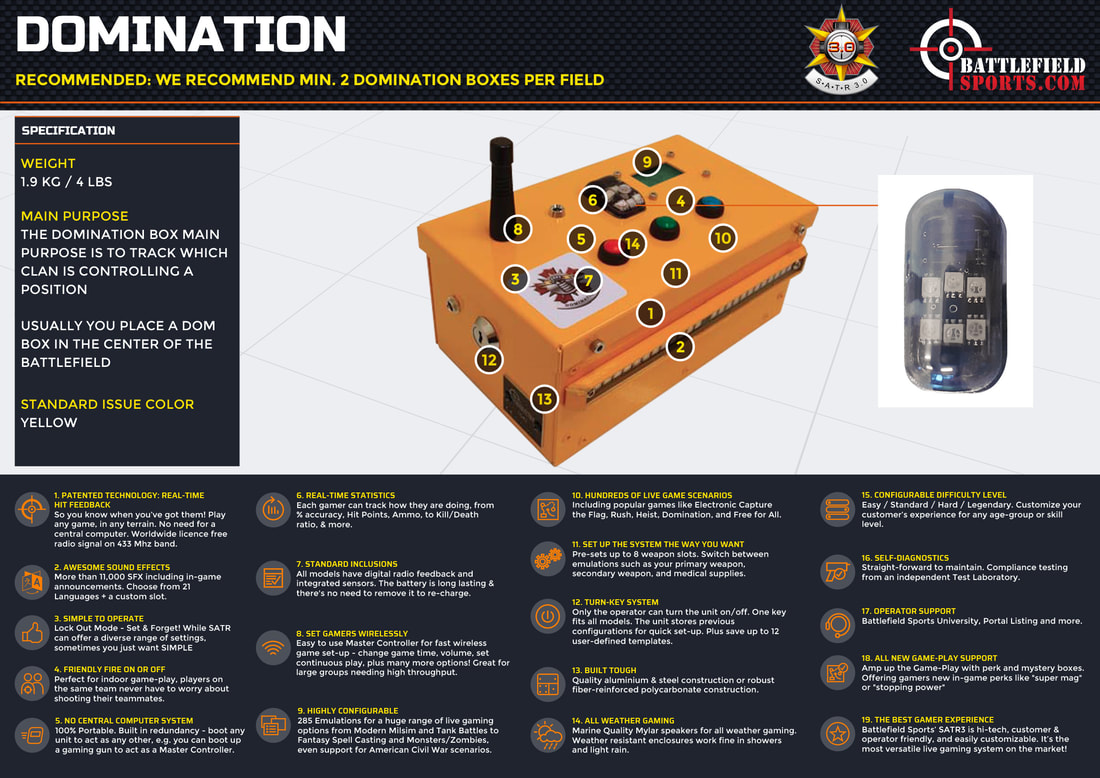