Battlefield Tag, sometimes also called 'laser tag' or 'lasers kirmish', isn't really a separate theme, but rather a variant to traditional lasershooting which uses different terminology in the spoken sound effects. If you think you customers might get offended by the standard terminology, Battlefield Tag is here to help you out.

This is a huge benefit for introductory sessions during village fairs, town parades and festivals where a lot of smaller children are present.

​Likewise, Battlefield Tag may be your theme of choice for kids' parties.

The list displayed refers only to the English language settings of the devices. For a list of all available languages, see here.
In addition, the device's display is also adapted under Battlefield Tag
The use of these alternate terms will allow your staff to take off some of the rough edges, when desired.

There is no limit to the number of games you can play while in the Battlefield Tag genre. However, we find these games fit best for a younger audience:

There is no limitation on the types of devices you can use. However, as Battlefield Tag tends to be more sci-fi oriented, you may want to consider using the following devices for the players: 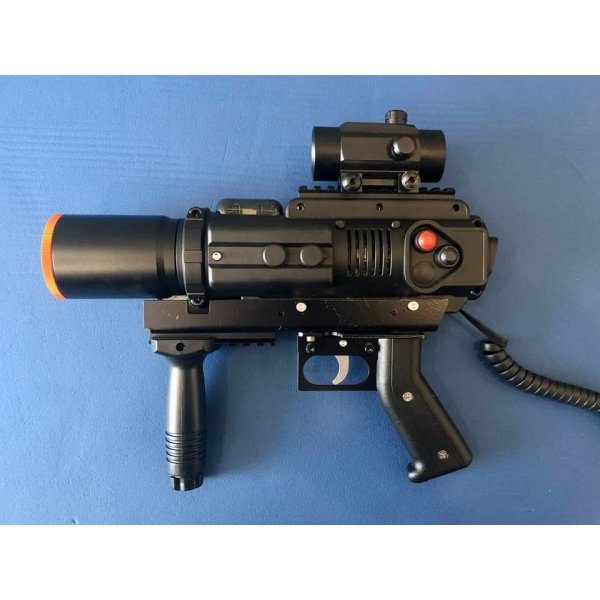 Both the Blaster and Cobra can be configured in a sci-fi setup and their design 'fits the bill' for an outer-world or post-apocalyptic experience. Both devices can also be colour-coded (decals on the side of the Cobra, a coloured lens tube on the Blaster) for easier team identification in addition to the coloured headbands and bandana's.